Where do corrugated cardboard boxes get it’s strength? 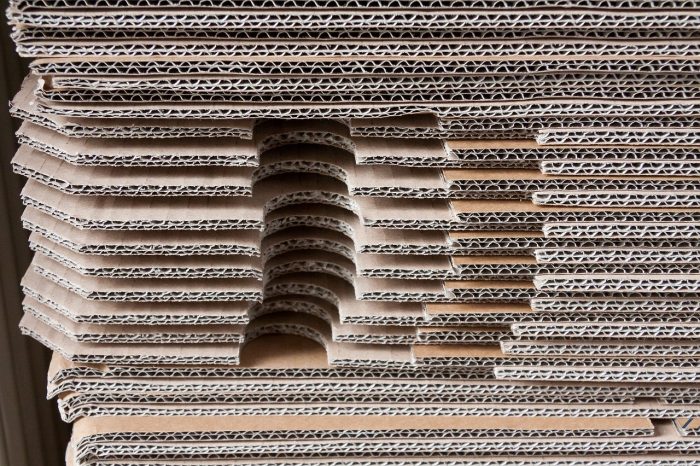 Have you ever wondered what makes cardboard boxes stronger, as it’s just many sheets of paper stuck together right?

Well, actually the term â€˜corrugatedâ€™ means to bend into folds or alterative ridges.

If you look closely at a piece of corrugated cardboard youâ€™ll see a wavy texture in between. This creates the strength and rigidness that prevents the cardboard from folding on itself like paper would.

Cardboard boxes have been around for a very long time, as early as 1817, when the first commercial box was invented from paperboard in England. But it wasn’t until the 1890s that a cardboard box with layers of corrugated cardboard was first developed and used for shipping. A decade later, these corrugated boxes were starting to replace the traditional wooden crates and boxes.

Hereâ€™s a quick experiment you can try

Test the model-corrugated paper by placing a small item on top and see how it can hold weight, compared to a normal sheet of paper

Of course, the paper version will not be as strong as cardboard packages we use today but it gives you a good idea of how the formation of paper can create strengthÂ to withhold items, just like cardboard boxes.

The factors that determine the strength of the corrugated cardboard boxes, generally are:

Cardboard now plays an importantÂ role in our lives as more and more people are turning to online retailers to do their shopping from buying groceries to ordering Christmas gifts. As a nation, we receive more packages than ever before!

It’s safe to say, cardboard boxes will always be one the most popular choices for packaging,Â  due to its durability, lightweight, and recyclableÂ properties.

We cover both Leicester and Nottingham. Other areas in the East Midlands can also be served.